Notorious Siri is my hack for the Music Hack Day London 2011. 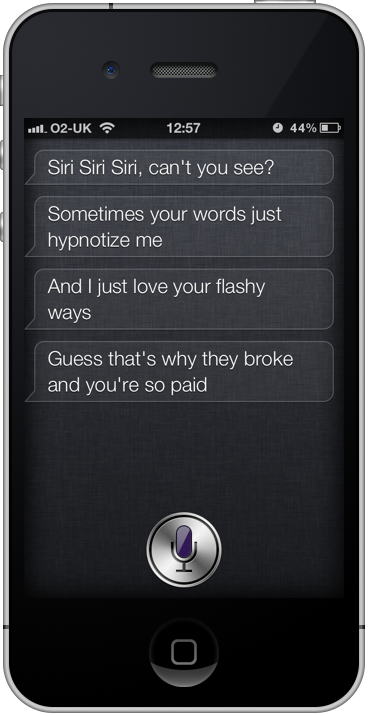 SiriProxy is used to intercept the communication with Apple's servers. Based on your song request, Notorious Siri then sends your choice of Notorious B.I.G.'s Hypnotize and an a-cappella rendition of Queen's Bohemian Rhapsody to the device (the latter requiring 4 iPhones 4S).

Siri's speech synthesis is synced to the beat using the timestamps obtained from the Echonest API which were then manually tweaked, to smooth out delays in the text-to-speech engine.

Big thanks to Universal Music for awarding me a nice pair of Dr. Dre headphones