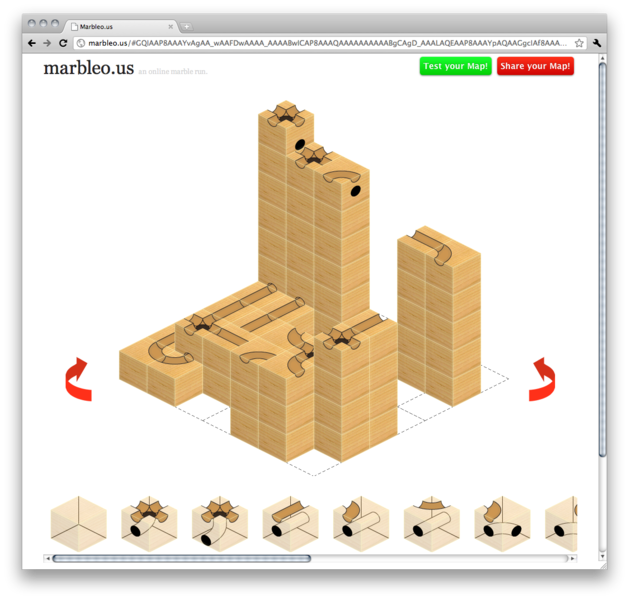 It was our submission for the annual informatiCup, a competition for students interested in computer science. Unfortunately, it did not make it into the final round but I still very much consider this to be a success.

So let me give you a quick overview of what we did, how we did it and what I’ve learnt building Marbleo.us.

Early on, we decided to give users the ability to share their creation with their friends. However, learning from the popular sandbox game Minecraft, we wanted to have a counter measure against what is called griefing, malicious players destroying your creation.

After considering different data stores and ways to handle both read-only and read-write links to the maps, we came up with a far more elegant solution: encoding the whole map into the fragment of the URL.

Writing the whole application in client side Javascript also alleviated the need for a server-side persistence layer, so all we needed was a way to serve a bunch of static files.

Standing on the shoulders of github

We are using git, which is unfortunately not used often in our academic circles, but it meant the natural choice for hosting our repository was github. Using the awesome github-pages feature, we can also serve http://marbleo.us from their servers at no additional cost and with great response times.

I like my sugar with coffee and cream …script

Only a short time before the start of this project came I across CoffeeScript - thanks to Dmytri for tipping me off.

CoffeeScript is a lean, mean language that compiles to easy to read Javascript. More than just syntactic sugar, it is a really beautiful way to express your intentions and you can tell that its creator, Jeremy Ashkenas is a firm believer in code as literature.

Jeremy also wrote backbone.js which, amongst other things, powers the SoundCloud mobile site.

After briefly investigating CSS-3 transformations like in this article for composing the map, I decided to go with a more straightforward approach by drawing the maps onto a canvas.

A single block is then stitched together from multiple components, cached, and placed on the canvas at its correct position in space. The individual components are all stored in one file to minimize requests.

Additionally, a second, smaller canvas is used to allow the use to drag a stack of blocks freely across the browser window without doing costly redraws at every mouse position. 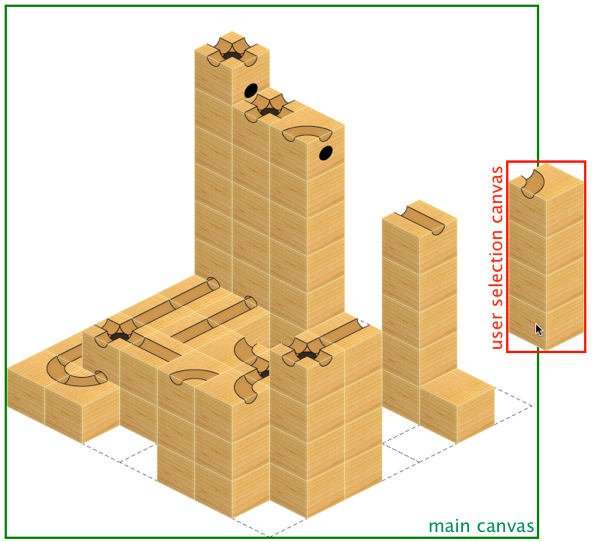 We also save yet another representation of the marble run, to quickly determine face of a block is under the current mouse position. This also allows us to draw a cute little hand cursor whenever the user places the mouse over a block with pixel precision.

We simply compile a map using a special, color-coded sprite and then quickly look up what color (if any) is stored at the mouse position. Blue for the top, red and green of the block’s sides and black for the floor. 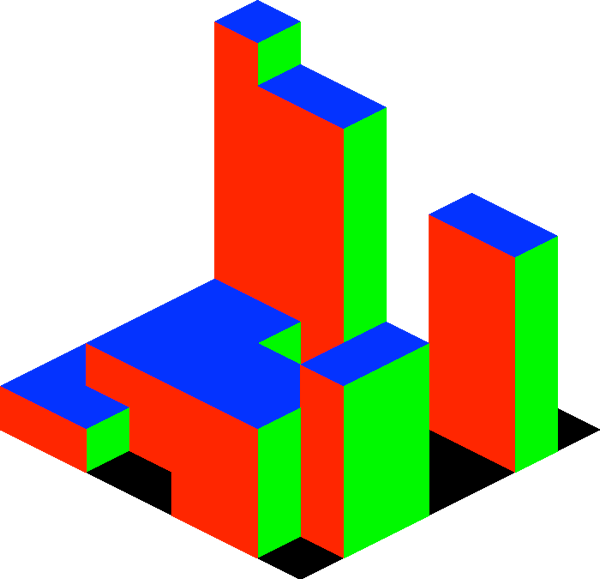 Now we have the run ready, here comes the marble!

We use a mixed approach to move the marble over the run by discriminating between two different types of movement: free movement in space and movement on the tracks of the marble run.

This part of the physics engine engine was simple, by using a basic collision detection we check if the marble collided with a block and then invert the appropriate velocity components. If the marble is rolling over the top of a block, we also test if it crosses a track which leads us to the next point:

Movement on the track

For every block with its different grooves and tunnels, we defined small, directed graphs that we then join together to form the large, overall track graph. It’s important that the nodes of this graph have a degree of at most two, so that there is no ambiguity in which node to pick. 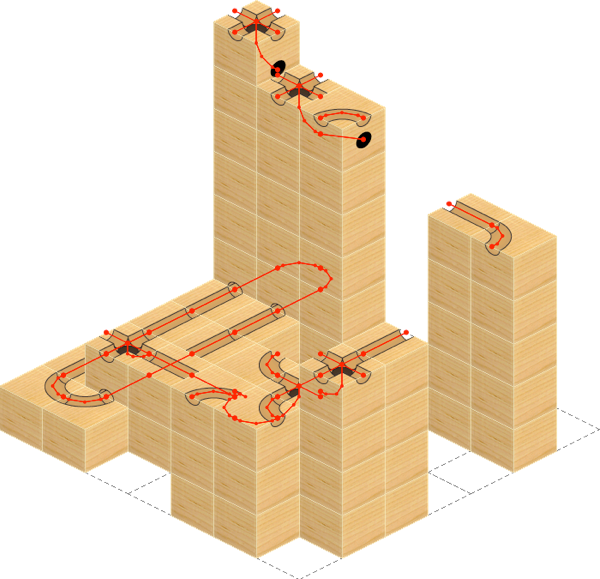 We then move the marble along these paths from node to node, until we encounter a node that has no neighbor we haven’t visited before. It is then that we leave the track and switch back to the previous mode of movement.

Now that we have the animation of the marble in place, we of course need to draw it, but to do that, we first have to figure out where the marble is visible.

First we draw the the marble onto a blank, offscreen canvas.

Then we iterate over all blocks in map that could potentially obstruct our view to the marble, drawing only the parts that are actually in the way onto another offscreen canvas. 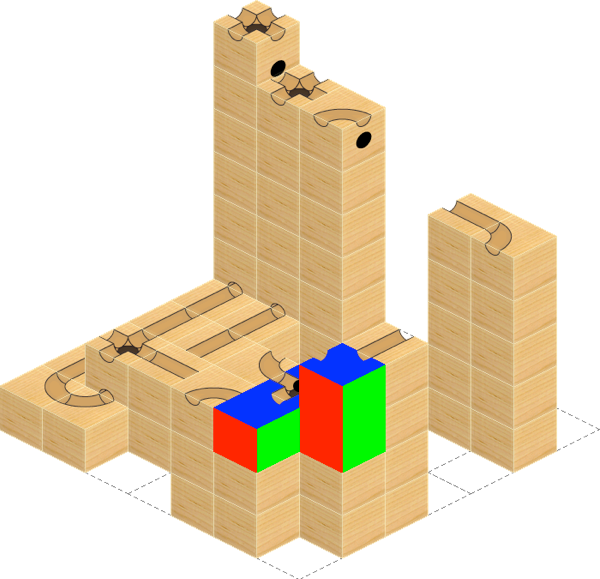 As a last step, we join our two canvases by drawing the canvas that contains the obstructing parts onto the marble using the blend mode destination-out, this removes the marble everywhere there is a block and leaves us with a nice precisely drawn marble.

I hope you enjoy marbleo.us and found this write-up useful. If you have any more questions or comments, feel free to drop me a line at robb@robb.is.